One of Mexico City´s most representative architectural work is the Palacio de Bellas Artes (Palace of Fine Arts); the highest cultural venue in the entire country. It has been an artistic center for national and international famous artists such as Luciano Pavarotti, Juan Gabriel, Chavela Vargas, among others.

Its history begins at the end of the 19th century, when Porfirio Díaz ordered it to be built to celebrate the centenary of the beginning of Mexico’s independence. However, it began to be built in 1904 by the Italian architect Adamo Boari, and the construction ended 30 years later. It is currently considered a World Heritage Site, a title conferred in 1987 by Unesco. 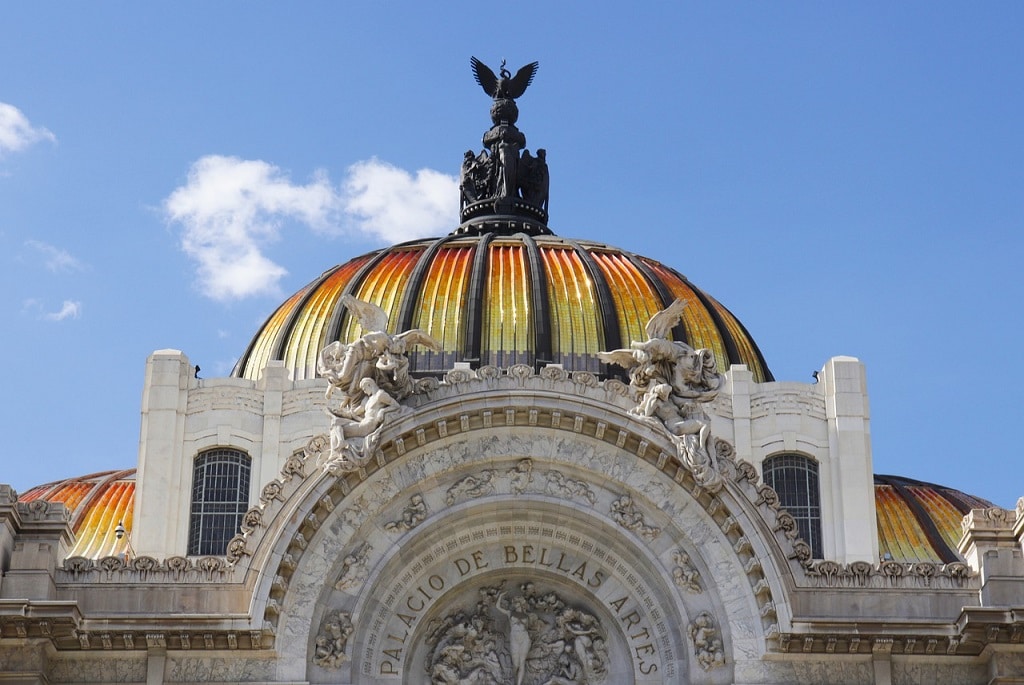 It was inaugurated on November 29 1934 under the name of “Museo de Artes Plasticas” (Museum of Plastic Arts), being the first museum in Mexico to exhibit artistic objects. It included in its collection pieces from the 16th century, murals made in 1934 by Diego Rivera and José Clemente Orozco, a Mesoamerican sculpture room, and the Roberto Montenegro collection.

Its name changed to the National Museum of Plastic Arts in 1947 when the National Institute of Fine Arts was created, incorporating an educational program and a publication plan to promote Mexican art. After 1968, the exhibition halls became known as the Palacio de Bellas Artes museum, and its collection began to nurture the collections of the new museum system, becoming the main platform for national and international artists through temporary exhibitions.

Currently, the Palacio de Bellas Artes museum, permanently exhibits 17 murals by national artists, which were made between 1928 and 1963 maintaining a program of temporary exhibitions, as well as an editorial stamp to disseminate the most relevant information on national and international art.

When visiting the Palacio de Bellas Artes museum, you will not only witness one of the wonders of Mexico City but a beautiful building in the art Nouveau style on the outside and art Deco on the inside. It also helds recitals, conferences and other presentations at the Manuel M. Ponce and Adamo Boari rooms, as well as the Rincón del Tiempo, a space where the documentary archive, a bookstore and much more are shown. 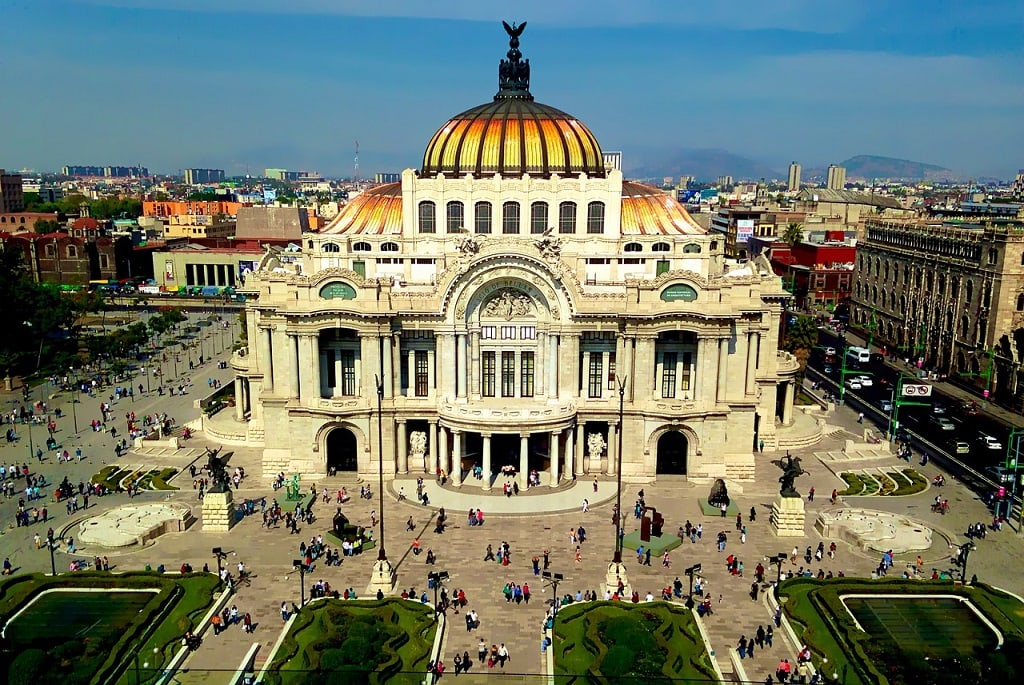 The Palacio de Bellas Artes museum is home to the National Dance Company, the National Symphony Orchestra, the National Opera Company, the Folkloric Ballet of Mexico and the Chamber Orchestra of Fine Arts. When attending a function, do not forget to admire the fire curtain with the image of the Popocatépetl and Iztaccíhuatl volcanoes, which weighs 24 tons and was commissioned from Tiffany & Co. Also look at the ceiling, where you will see a beautiful crystal chandelier representing the god Apollo surrounded by the muses of the arts.

Currently, visits to the museum are open from Tuesday to Sunday from 11:00 a.m. to 5:00 p.m., so don’t miss the opportunity to visit it on your next trip. And if you still don’t have an option to stay, we invite you to visit Orchid House, Boutique Hotel in Mexico City, located just 18 minutes from this beautiful destination.

Browse our website to see the rooms we have for you, and if you need more information, do not hesitate to write to us through our contact form. Schedule your stay at Orchid House!